Cliffedale entered in to the Girls' Football Tournement in Grantham and won the competition on penalties against Malcolm Sargent! They were very happy with their achievement and we are super proud of them! We now go to Skegness for the County Finals!

Our A team came 1st in their league, winning all 4 of their games (5v0, 3v0, 3v0 and 3v0).  This took them to their mini league final to compete against the 2 other schools who also came 1st in their leagues. We won both of our games in that league. This meant that out of 13 teams total we came FIRST and took home a win! The results of the Tournament means that Cliffedale A will be representing South West Lincolnshire in the semi finals in May against 16 other schools.

Our B team came 2nd in their league, winning one game, losing one and drawing in their final match. This took them to a mini league final to determine where they would place overall. The results of the mini league final saw them come 6th out of 13 teams.

Won the semi-final against Gonerby Hill Foot A 3-0

Then got to the final to play Malcolm Sargent and it was 0-0 at full time. We then played five minutes of golden goal and lost with a minute to go.

Covid-19 National Day of Reflection. Today we planted two trees. One to help us to remember and one for looking towards the future.

Fun in the snow

Our Foxes & Squirrels did a super job at making each class a Christingle for our service today. Thank you to Mandy at Leadenham Farm Shop who kindly donated the oranges for this. The whole school enjoyed a lovely virtual service. 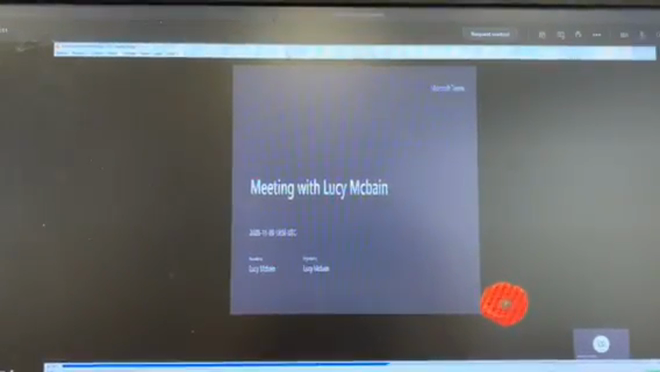 The whole Cliffedale family took part in a virtual Remembrance Day Assembly as a mark of respect for the fallen. Mrs McBain, Mr Murphy and Mrs Marshall lit candles of remembrance.

The choir wowed the whole school in our Proud Assembly today, singing one of their favourite medleys from the Young Voices show.

This morning we had a visit from Nottingham Forest. They came into school to talking to us about dreaming big and showed us the European Cup!

Wow was the word I heard when Mrs McBain and Mrs Crossland returned to school with the Cliffedale Choir on Monday, following the Carol Concert at St Wulfram's Church! Mrs McBain could not find the words to express how beautiful the event was and how amazing our choir were! They sang beautifully and represented our school with pride! A very special well done to Casey who stood up in front of lots of people to share a reading!

The Cliffedale Choir spread plenty of Christmas cheer and joy today at Harrowby Lodge Nursing Home! It was a pleasure to sing a few Christmas songs for the lovely residents - they enjoyed it so much that they wanted us to do an encore! The small group of the Choir that we took were fantastic and their performance skills are definitely developing. It was lovely to see the children mingling with the residents after our performance. The children represented Cliffedale with pride and are already excited to return to Harrowby Lodge Nursing Home to sing again in the New Year. We would like to say a huge thank you to the staff and residents for their hospitality - the children loved the squash, biscuits and special chocolatey gifts!

Well done to our Pudsey colouring competition winners, chosen by the Children's Council.

Thank you to everybody who brought in produce for our Harvest Collection last Friday. All of the food has now been collected by the food bank, ready to help families across Grantham. All of the children listened carefully to the reasons behind Harvest and reflected upon this as they donated their produce. Thank you again.

Last year a nomination for a British Citizen Award was made in recognition of Mrs Bryan’s contributions to education through her volunteer work in school. The purpose of the programme is to recognise those individuals that are making a positive contribution to their community, society or chosen cause, in the hope that it encourages them to continue and others to emulate their good deed. BCA recipients are all extraordinary people from across the country who have a commitment to improving the lives of others. They come from all over the country to be honoured at the Palace of Westminster.

Just over 27 years ago, a neighbour, and former member of staff mentioned to Nora that the local school needed a midday meals supervisor.  Nora applied and was around whenever needed by the school as cover.  Following her retirement two years later, Nora became a permanent member of the midday team.  One of the teachers enquired if Nora would have time to listen to her class pupils read each week.  From that moment, Nora’s volunteering role snowballed and despite her growing family, she found the time to listen to classes read throughout the school.  Her timetable now is every morning and afternoon, with classes eager to read with her.

Nora is warm and knowledgeable and at 80-years-old, shows no signs of reducing her volunteering at the school.  She is dedicated and committed to the children and families of Cliffedale Primary school and has given her time and energy so freely over 27 years, to enable the children to have someone to read to.

Mrs Bryan was invited to a formal presentation at The Palace of Westminster to be awarded and honoured the BCA recognition of her voluntary work in school. It was a very special day and Mrs Bryan had afternoon tea by the river before receiving her specially struck medal of recognition inscribed with the words ‘For the Good of the Country’. She then went on an open top bus for a lap of honour before being presented with her certificate. Mrs Bryan’s family travelled to London with her to share in her special day. Nora is such a humble lady and lady of very few words. When asked by BCA to comment her response was

“I am amazed, and feel very privileged to receive this award”.

On her return a special assembly was held to celebrate Mrs Bryan’s achievements. She shared her exciting day with the children and showed them her medal and certificate.

Roger Bannister, a School Governor and who helped with the idea of nominating Mrs Bryan said “As a governor it is important to ensure that the school is running effectively and safely but also spotting really first class efforts by staff members including the many volunteers. The governors felt that Mrs Bryan was a very worthy nomination and we were right -the subsequent recognition of her outstanding voluntary service brought us all a degree of excitement and a massive thankyou to her from us all”.

This well-deserved award is in recognition of Mrs Bryans dedication to Cliffedale and all of the children that have been supported with their reading over the years. Mrs Bryan remembers all of the children both current and former and gets so much pleasure from meeting them out in the local community. . Come rain, snow or shine Mrs Bryan can usually be found in school listening to the pupils of Cliffedale read.

The pupils, staff and governors would like to thank Mrs Bryan for her continued support. The contribution that Mrs Bryan makes to our school is so significant and valuable. She is such a well-loved member of the Cliffedale Family and holds a special place in our hearts.

Friday assembly was a busy one for Mrs Bryan. The Cliffedale Family had a little surprise planned for the end of assembly. On Sunday Mrs Bryan celebrated her 80th birthday and we wanted to mark her special day. Two children, who share a birthday with Mrs Bryan presented her with flowers, a gift and a card from all of the pupils and staff. Mrs Bryan has been a reading volunteer here at Cliffedale since 1992 and is very much appreciated and loved by pupils and staff, both past and present.

Key stage 2 enjoyed a visit from Lunettes opticians in Grantham last week in assembly. The optician Amy Jameson talked to the children about how they can look after their eyes and the importance of having them checked regularly. She told the children about the Vision Aid overseas campaign 2018 which is a charity who raise funds to help towards eye care for adults and children in developing countries. Our collection box is located in the entrance foyer at the front of school if you have any old or unwanted glasses.

News of our GLOW week spread! This week we had a visit to school from Lincs FM. Joseph Begley, from the breakfast show visited us to talk to the children about their GLOW week experiences. This will be aired on Friday 19th October at 8.10 am

Rosemary from The Grantham Canal Society came into assembly to talk to us about the history of the canal and the lock restoration. Rosemary came in period dress and showed us some of the original bricks for the lock. Our photography club have been busy editing the photographs taken during the assembly. 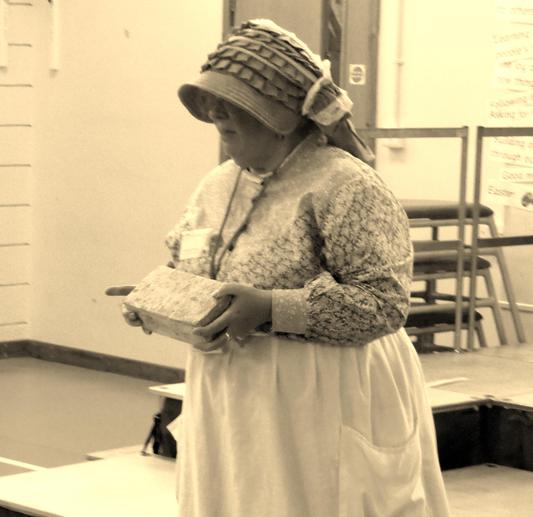 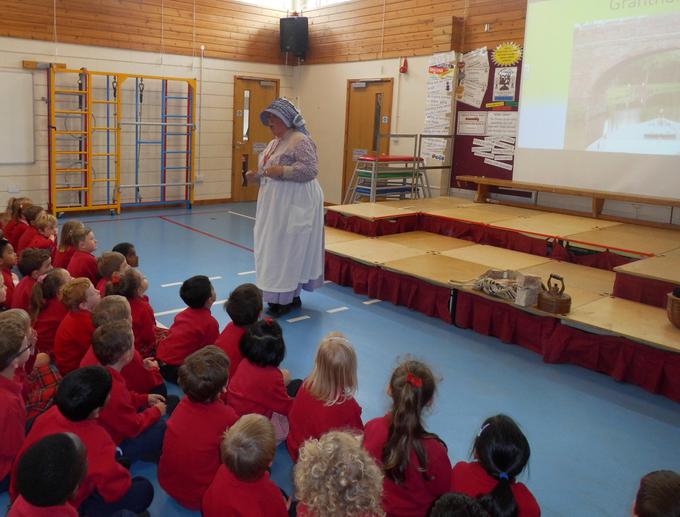 To celebrate World Book Day, pupils were entertained by Chip, a story-teller, who visited the school. Pupils (and staff) were mesmerised by the stories they heard and enthusiastically took part in some audience participation!

Wednesday 4th May, 2016 saw the sun shining down on marathon runner, Ben Smith, as he ran through our grounds as part of the Grantham leg of his latest marathon.

Our Sports Ambassadors met Ben at the gates and joined him for a jog as the whole school cheered them on. An entourage of approximately 60 other runners all helped Ben on his way to completing 401 marathons in as many days.

Running to raise funds and awareness in support of 2 anti-bullying charities, Kidscape and Stonewall, Ben is an inspiration to us all.

Intrepid adventurer, Sarah Outen, who spent 4½ years travelling from London to London, via the World, talked to Year 6 this morning.

Explaining how she and her support team planned and prepared for the journey, Sarah talked about how she managed to achieve her dream of kayaking, cycling and rowing over 25,000 miles through storms, over oceans and across deserts.

Her story was truly inspirational as she spoke about not allowing nerves to stop us from accepting a challenge. She told us to prepare thoroughly, keep safe, embrace the support around us and tell the butterflies in our tummies to move to one side.

There was a little time to answer some very thoughtful questions but anyone wishing to find out more, about Sarah’s journey, can explore the following link: http://www.sarahouten.com/